Heads Up on Special Concerts On Kauai

Kauai’s Favorite Singers Serve Up Musical “Comfort and Joy” for the Holidays! 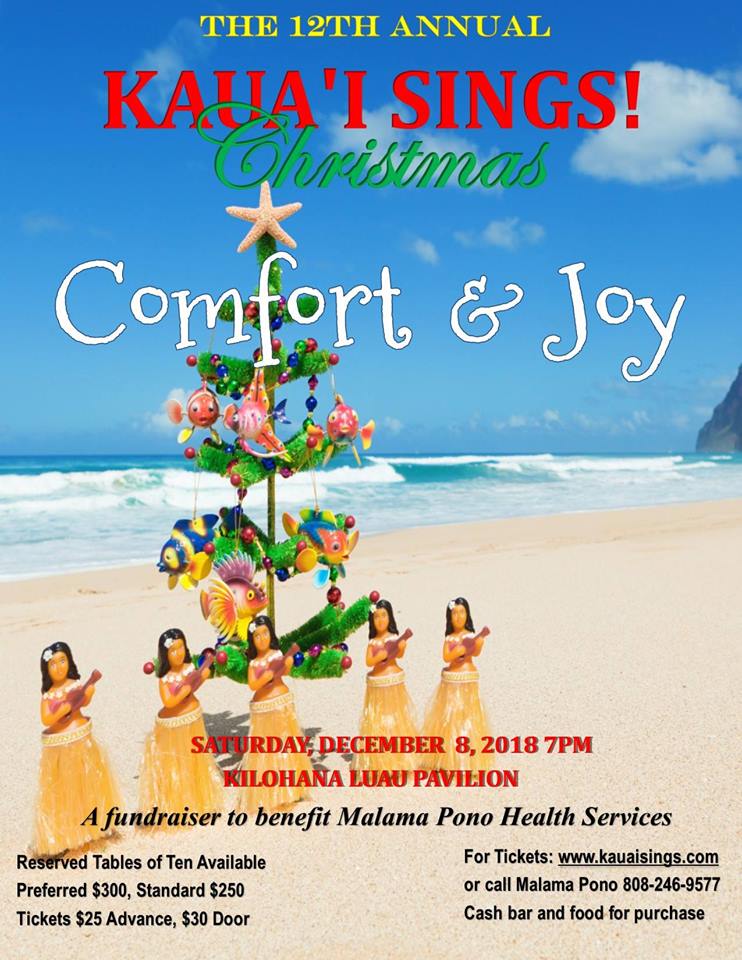 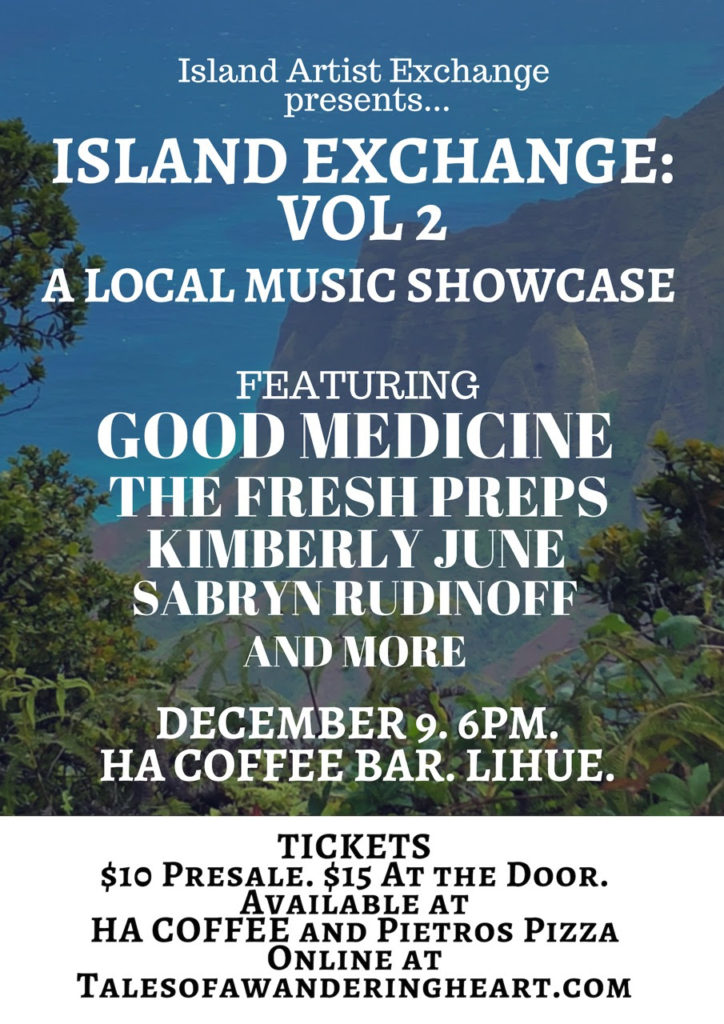 “Island Breeze,” an all star trio blending Hawaiian and Japanese instruments in a creatively inspiring and exciting style.

“Island Breeze” performs in Hawaii only once or twice a year when Riley visits (he lives in Australia).  Their uplifting original music inspires and soothes the soul.

Island Breeze features Jeff Peterson (Hawaiian slack key guitar), Riley Lee (shakuhachi), and Kenny Endo (taiko), each a highly regarded master of his own instrument. Grammy award winning Hawaiian slack key guitarist Jeff Peterson and shakuhachi (bamboo flute) master Riley Lee have been performing and recording together for many years but joined forces with taiko master Kenny Endo in 2012 during a week-long residency in which each artist conducted intensive workshops in Honolulu. The trio put together a program of refreshing music, like an “island breeze” and presented it in concert at the University of Hawai‘i. This collaboration eventually resulted in a CD recording in 2014, and a Nahoku Hano Hano nomination in 2015 for Best Instrumental Album of the Year and Best Instrumental Song of the Year.

Jeff Peterson is one of the most versatile musicians on the Hawaiian music scene. Born on Maui and raised on the slopes of Haleakala, Jeff is deeply rooted in his Hawaiian heritage yet his classical, and jazz influences have given him a unique voice on the Hawaiian slack key guitar. He has contributed to two Grammy Award winning recordings and has been honored with seven Nahoku Hano Hano Awards including Best Instrumental Album of the Year in 2017.  http://jeffpetersonguitar.com

Riley Lee spent time on both Oahu and Kauai but currently resides in Sydney, Australia. He was the first non-Japanese to attain the rank of dai shihan (grand master) in shakuhachi (Japanese bamboo flute) and was also the first Asian American professional taiko drummer in the 1970s with world famous Ondekoza (predecessor to the renown Kodo). In 1995, he co-founded “Taikoz,” one of Australia’s premier performance groups. www.rileylee.net

One of the leading personas in contemporary percussion and rhythm, Kenny Endo is at the vanguard of the taiko genre, continuing to explore new possibilities for this ancient Japanese instrument.  A performer, composer, and teacher of taiko, he has received numerous awards, accolades, and a “natori,” (stage name in classical drumming). Kenny is a consummate artist, blending taiko with original music through collaborations with international artists.  Kenny’s taiko are provided courtesy of Miyamoto Unosuke Shoten.  website: www.kennyendo.com 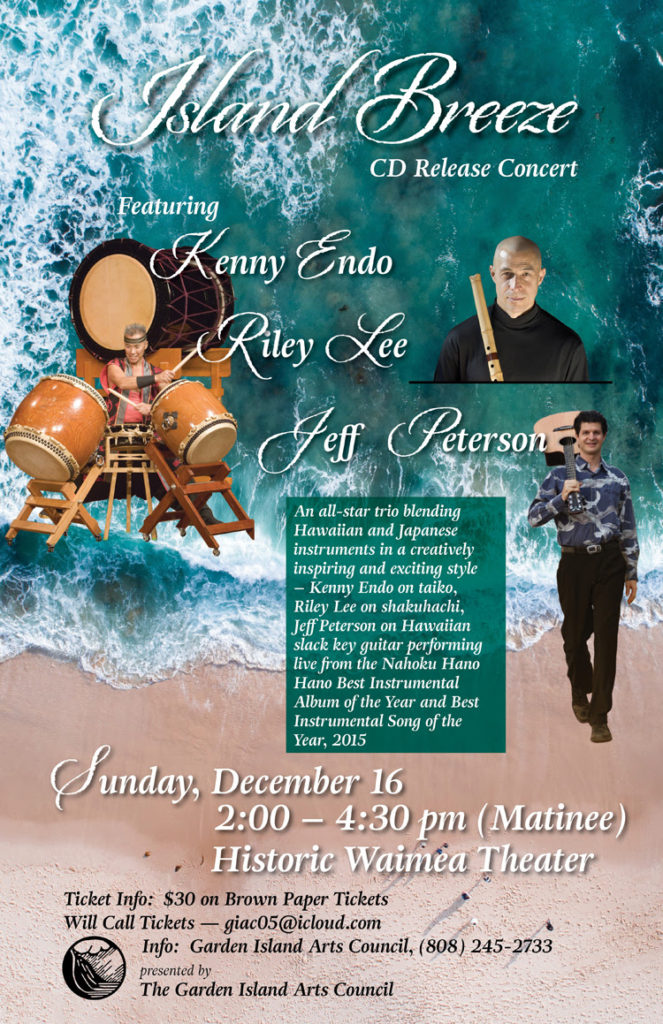 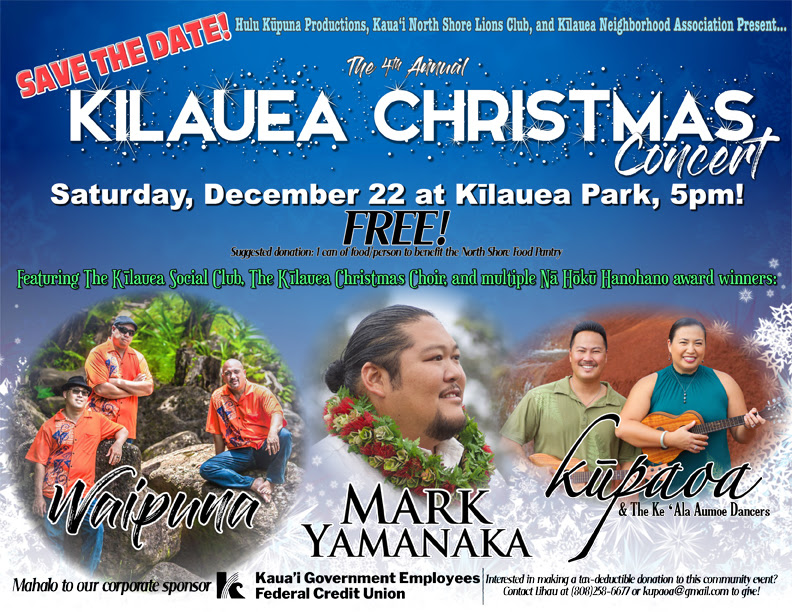